My wife Cindy and I have been RVing for over 25 years owning three different motorhomes with solar panels on the roof. The first two had 400W of ridged tilting panels that required me to climb and manually tilt the panels to gain optimum output while boon docking. Both of these motorhomes had ladders installed and I always reluctantly climbed up to the roof to do the dirty deed of tilting.

Fast forward to our current coach a Newmar Mountain Aire which presented a whole new set of obstacles. It’s an all electric power hungry beast and has no ladder. We installed 1020W of solar to keep up but the layout which was a less than perfect and didn’t allow for much tilting without any shading of adjacent panels.

For years I thought “when is someone going to design a remote tilting system for RV’s”. I first came across Solar Vector approximately four years ago and was immediately interested. The first thing I went to work on was rearranging our current panel layout and to deal with the the roof skirting around the roof edge. The skirting is a combination of awnings and fake facades which is 10” above the roofline. I was able come up with a raised rack system which allowed me prevent any shading and place all six panels inline. With the Solar Vector overview tilt units our solar output has increased dramatically averaging 35-45% increase in solar input.

Kevin the owner is constantly working on improving the Solar Vector system and I believe he has a winner with Solar Vector 2. It’s lighter, simpler and has been huge improvement to our motorhome. Also they are about to release a new version Solar Vector 3 which will track the sun and be able to handle larger and heavier residential panels. Their product and customer service is second to none and would be a great addition to any solar powered RV. 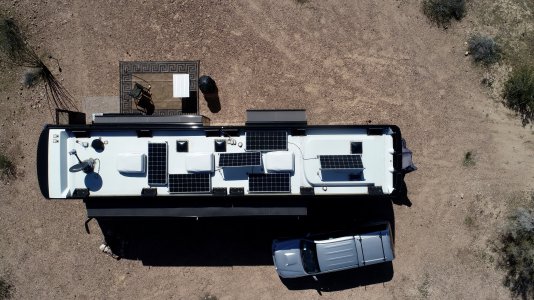 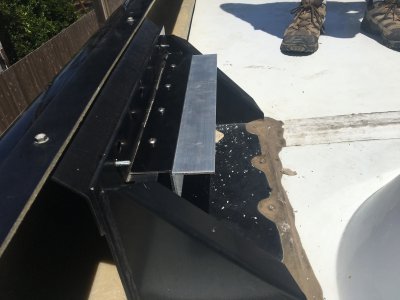 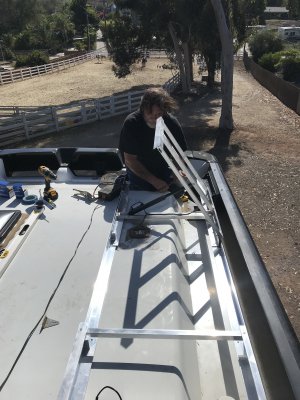 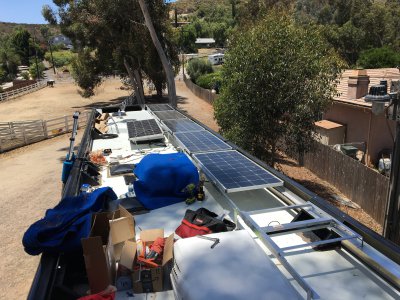 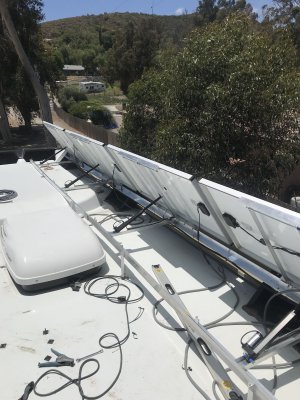 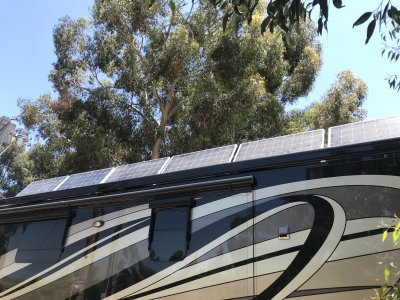 Nice work! Feel free to invite Kevin to the site to contribute with his solar expertise and join as a commercial member if he chooses to represent his biz.

I had tilt issues twice last year, once at the Balloon Fiesta, bad orientation with sun rising on one side and setting on the other (north orientation) and then Quartzsite where the PV was just too low even with tilted panels right into the sun but shadowing may have bit me. I couldn't maintain with solar only. I think a better layout to minimize panel shadowing another will take some careful thinking next time.

Would love to hear how many amps you're seeing come in from the panels and how it works out. I'm amazed how much current comes from the sun. I can hit 100A easy flowing on a good day.
Neal and Elli (Yellow Lab Copilot)
2017 Newmar Ventana 4037 on Freightliner, 1800W Solar (Victron Stack), HWH Active Air
2017 Chevy Colorado with Blue Ox and Air Force One

Neil I haven't had a chance to gather much data yet but will pass along as I get it. With my 1020W's I've seen over 900w on my Victron app and I believe in excess of 50amps input. As far a orientation to the sun it's an east of west facing option with my single axsis setup. My panels tilt towards the drivers side so west facing is my best option with winter time low sun angles. If I'm facing north I can leave the panels flat for the morning through mid day time frame and begin tilting towards the setting sun for the afternoon. It's vice versa for facing south. Also Solar Vector is about to come out with Solar Vector 3, a sun tracking unit that will handle heavier residential size panels.

MapNerd said:
That’s so cool. I just don’t know where you’d boondocks with a 45’ motorhome. Electric aside, grey fills up fast.
Click to expand...

We can do at least 7 days. We special ordered the larger London Aire tanks. If need be we will quickly drive and dump with out totally breaking down our campsite. We’re mostly out in western Arizona north of Yuma. It’s so beautiful and quiet.
Scott & Cindy Rafuse
2018 Newmar Mountain Aire 4531
2007 Toyota Tacoma, 2006 Jeep Wrangler Unlimited
Charlie & Jett Thaaaa Labs

Very nice. I have the same year/model MADP and have been looking at adding solar. I’ll look at Solar Vector. Wish I had the foresight to upgrade the tanks when I ordered.
2018 Mountain Aire 4531, Spartan K3
2015 Jeep Grand Cherokee Overland with Blue Ox and Air Force One