Question Where to go in Oregon

We are trip planning for adventure into Oregon avoiding major cities. We are thinking of heading north from Manteca, CA to Crater Lake then continuing on to Bend then crossing over the state to Newport and then down the coast on 101 to Coos Bay maybe and then figure out where to reconnect over to Interstate 5 and then head home. Any suggestions to improve or modify the trip?
Sheridan
Orinda, CA
2017 Newmar Ventana 4002 RVF Topic Influencer| 2015 Jeep Cherokee Trailhawk | RVi Brake and Roadmaster Nighthawk

I'm from Tn, but travel to Oregon quite a few times for work staying from a couple weeks to several months. I have traveled all over the area. (speed travel) and here are some of the things I enjoyed while there.

McMinnville Or; They have a great Aircraft museum which is home of the Spruce Goose. The museum was built be Evergreen corp. The also have an indoor water part with a 747 on the roof were you go inside to start a waterside into the building. Hopefully it is open soon. Evergreen Aviation & Space Museum | McMinnville Oregon

Tillamook Or; Tillamook Cheese factory and other industries. I go there every year and go to the factory and get a bunch of different kinds of cheeses and other things. There are also many other food related items int eh area. They also have an air museum in one of the last standing manned balloon hangers used in WWII to hold huge balloons for the Pacific border watching. You also close to the only place that American soil was ever boomed by the Japanese. Dairy Co-Op - Tillamook and Tillamook Air Museum

Taking 101 south we stopped at Depoe Or and went out and did some whale watching. Tons of seals in the bay as well.

Going on down there are plenty of places to see the red woods...

Then we went on down to Samoa Ca. where logging is there history. The Cookhouse was a great historical place to eat. Then driving on down the Humbolt Coast Guard area was great too. They have us a little tour of the area and the rapid launch boats. 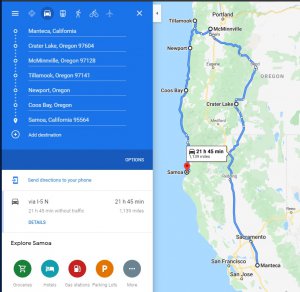 Pacific Shores in Newport is a beautiful spot ($$$). As you head south, about half way to Florence, is a great little spot right on the ocean in Yachats:

Sea Perch oceanfront RV park resort on the Oregon coast offers breathtaking views of the ocean, as well as long sandy beaches, a clubhouse and tourist activities nearby. 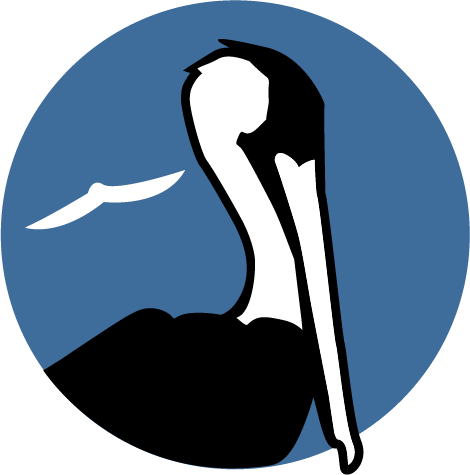 If you can get a spot there (not easy) you will love it.
Jerry & Judy, Dusty the mini Labradoodle
2017 Dutch Star 4018 (AKA Tiny)
Freightliner, HWH Active Air

L
What are the roads like from Boise, Idaho to Crescent City, California

K
Route from Bend OR to South Lake Tahoe